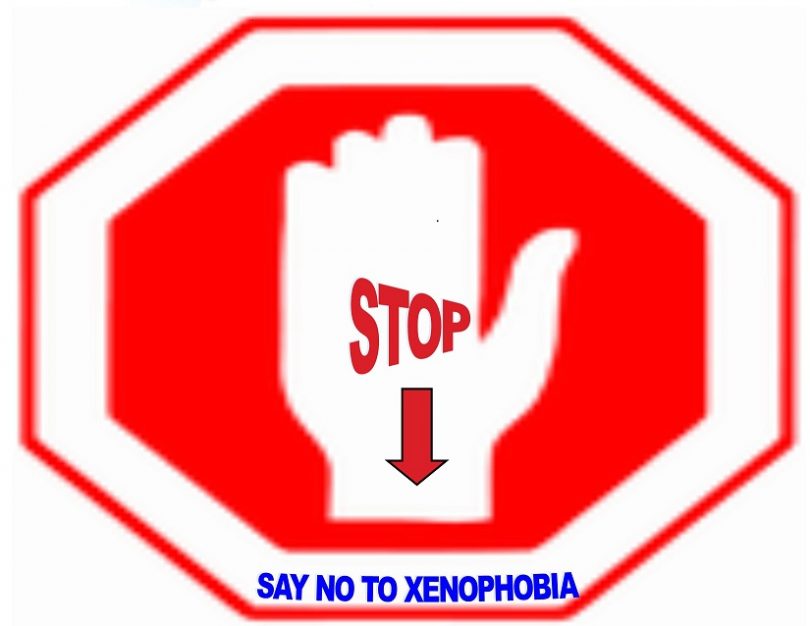 Xenophobia! A terrible word made effective by humans. I never knew such word existed nor the meaning until it became this popular; thanks to my South African brothers

HOW DID WE GET HERE ?

Xenophobia! A terrible word made effective by humans. I never knew such word existed nor the meaning until it became this popular; thanks to my South African brothers and am so sure many are like me even though they will deny it, but no problem as long as we all know the meaning now.  My God!! How I dislike spelling the word what sort of a word even starts with the letter X, it sure do look as complex and bad as the meaning. I read a joke where a tout described xenophobia as some name of an Ibo guy who was killed by South Africans.  My world, I could not laugh enough really, but don’t be surprised that some people might not know the exact meaning of xenophobia. And so for benefit of doubts I will at least attempt to give a dictionary meaning so that we can all be well informed.

Xenophobia is the dislike or prejudice against people from other countries or fear and hatred of strangers and foreigners, in fact it can be seen as an adverse reaction to the growth of globalization. The synonyms are racism, ethnocentrism, nationalism, jingoism, isolationism, prejudice, intolerance, bigotry, bias and historical apartheid. The word is etymologically derived from the ancient creek word (xenos) meaning strange, foreigner and (phobos) meaning fear.  Some of the examples of xenophobia according to history evolved from western culture where the ancient Greek belittled foreigners as barbarians, they were of the belief that the Greeks and their culture were superior to all others and also assumed that barbarians were naturally meant to be enslaved.  Ancient Romans also held a notion of superiority over all other people, the Jewish Holocaust, the murder of black family by the Klu Klux Klan, the Indian Caste System which actively hurts those in lower class, the Rwandan attempt on ethnic cleansing which resulted in the genocide of hundreds and thousands of Tutsis and the rape of Tutsi women, the hate crime committed against the Chinese in the late 1800’s in the America, the discrimination and violence faced by immigrants in South Africa prior to 1994 which has increased assiduously in recent times. It does seem that this guy called Xenophobia has been killed over and over by South Africans, how I wish it was just a joke.

My question is how did we get here, why are South Africans so insecure and  prejudiced against their fellow Africans that they have to slaughter them to death like some cows in an abattoir.  I watched the recent videos with pure anger, dismay, disgust and I wondered on how human race has lost their nature and value for other humans and had taken that of wild animals.  South Africans have shown themselves to the world as barbarians and so the elites and the government in South African should cover their faces in shame.  How soon can a people forget history, really so fast? How will they begin to amend what they have done, will all these meetings by the government  of the countries affected and the South African government bring back the lives and properties that has been lost? Will it wipe away the trauma that the foreigners in South African have been through these past weeks, will it stop the hate that has been instilled and still brewing in the hearts of other Africans? Will it restore both the existing business relationships and about to be established business relationships.

South Africa for now is a capital NO to other countries and nations of this world until they and their government get their acts right. How so you may ask, why would anyone want to go to a country where there is no security, where the police stand aloof and turn their eyes the other way while hoodlums club immigrants to death simply because they are foreigners, and the government pretend to be confused without solution. Human relationship is key to human existence but South Africans have just demonstrated to the world that they do not need to relate with others so what is AU (African Union) waiting for, they practically want to be sanctioned and AU should do them the damn favor and do just what is right.

South Africans are delusional, if they feel that the immigrants are taking their jobs. Have they considered that the immigrants might be better at those jobs as  well as helping to create those jobs or probably South Africans do not like to get their hands dirty am just wondering. Who even told them that xenophobic attacks will put jobs in the platter of their hands, it is pure fallacy because xenophobic attack will definitely pursue investors from South Africa. If so will there still be jobs if there are no investors? If South Africans feel they have the right to sweep their country of drug traffickers they just might have to take a glimpse into their country’s consumption rate, after all the law of demand and supply states that if there are no demands there will be no supply. As you point a finger at your brothers the rest of the fingers are pointing at you, are South Africans drug law only against the suppliers as they claim, what about the consumers. May be in their myopic thoughts they forgot that South Africans are also immigrants in other countries.

The land they claim the foreigners took, where they not rented or purchased out rightly by them. Are their businesses not legal permitted to operate in their South Africa. The expertise, professionals, skills, entrepreneurship, education that was brought in by these immigrants have surely improved commerce in South Africa.  Do you want to eat your cake and have it?  Those South African youths are just bunch of youths that are not purposed driven and lacks vision, maybe as a result of illiteracy and laziness.  How does driving away foreigners from your country make you become like the foreigners? You know the answer right.  In fact to be candid with you, South Africa is now a tsunami waiting to happen if they all do not do something to what is happening in their country right now.

South Africans should remember that once you create a monster to fight perceived enemies, after killing and chasing out the supposed enemies, the monster will turn back and start consuming the people that created it. I clarify, after killing and chasing out other Africans, the monster will start consuming the various tribes in south African, then it will go into religious killings and so on. Then they will begin to understand who or what the real enemy is.

Enough been said about them, I plead with my fellow Africans especially Nigerians not to muddle themselves in the pools of hatred and retaliation. Nelson Mandela once said  in one of his personal awesome story and I quote “The mentality of retaliation destroys states, while the mentality of tolerance builds nations”, “ the weak can never forgive…forgiveness is the attribute of the strong” So I plead that the African nations forgive them once more, but not without sanctions and punishments this time.  Africa is a strong continent regardless of what other continents might think, we should not let wanton sentiments and barbaric acts separate us.

Worthy of mention is the noble act by the Air Peace CEO, Chief Allen Onyema who volunteered to evacuate people for free, back to the commercial airport in Lagos. Though this is a palliative measure but it does go a long way to show the brotherhood we all share as Nigerians. May God bless you and Air Peace you are indeed your brother’s keeper. Let us all emulate his good work and give a helping hand here and there to our brothers and sisters that just returned, some of them lost everything but we trust that they will bounce back in no time.  I call on all those who have a voice in Nigeria to stand up and do something noble for all our brothers that has been affected by this xenophobic attacks, the Celebrities, Politicians, Churches, Mosques, NGOs and all well-meaning Nigerians, let us support our brothers that just returned from South Africa instead of using their hard earned money and fame to support participants of the about to be concluded immoral show in Nigerian, called Big Brother Naija. Let them support people who genuinely need this help for once and aid to integrate them back into the society.

Finally I make bold to say that Nigerians are survivors and resilient people, no amount of hate or xenophobic attack can stop or extinguish them. Stop the fights, stop the jealousy and killings SAY NO TO XENOPHOBIC ATTACKS.